There should be a law! 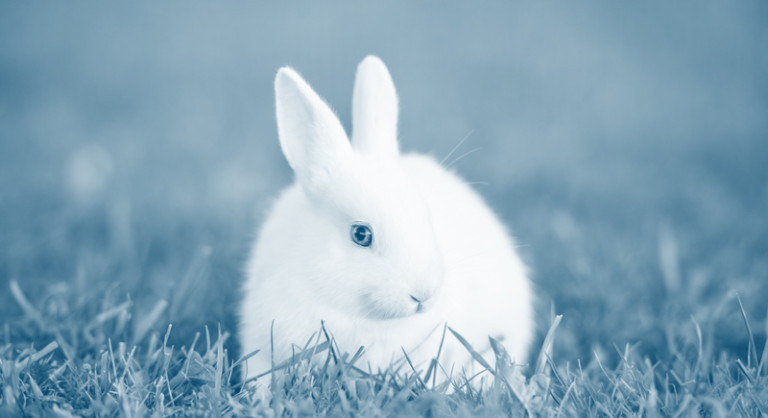 People don’t want animals to suffer and die to test cosmetics, personal care products, and their ingredients. Companies know this and have largely supported efforts to end animal testing on cosmetics. It seems cut and dried, but, unfortunately, this issue is complicated and laws enacted to ‘ban’ or restrict animal testing have loopholes and include exceptions that allow some animal testing. An untold number of animals are needlessly suffering because of this.

However, we can end this unnecessary animal suffering! It’s time for the U.S. to ban animal tested cosmetics by enacting a comprehensive federal law, without loopholes or exceptions, that truly protects animals.

Although finished cosmetic products are not often tested on animals today, many of their ingredients are, because they’re used for other purposes, such as for pharmaceuticals, detergents, and other products that may also be regulated under laws that require animal testing. We need a Humane Cosmetics Act that focuses on ending animal testing on ingredients, particularly those that have multiple regulatory uses, as well as finished cosmetic products.

Importantly, a Humane Cosmetics Act should provide a backstop to prevent any new cosmetic animal testing requirements. This is needed because bills requiring new pre-market safety testing of cosmetics and personal care products, including animal tests, have been considered by Congress in the past and will likely be introduced again. We should all agree that the safety and efficacy of products can be documented through the use of non-animal methods of testing. And, importantly, the law should apply to all animals.

Please contact your Representative and ask him/her to support a Humane Cosmetics Act that would ban cosmetic products and ingredients that are tested on animals. Tell him/her that animal testing causes needless suffering and that non-animal methods of testing that are more effective and reliable can be used instead.