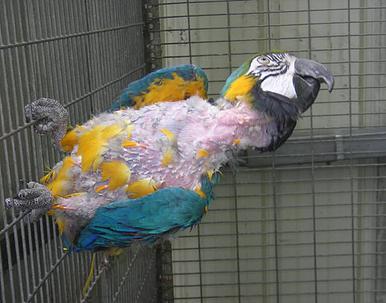 On December 3, 2015, the Alternatives Research & Development Foundation (ARDF) filed a lawsuit in federal court in Philadelphia against the U.S. Department of Agriculture (USDA) for its continued failure to uphold its Congressional mandate to protect birds from unnecessary suffering under the Animal Welfare Act (AWA). USDA has failed to fulfill the terms of a 15-year-old settlement with ARDF, in which it agreed to give birds bought and sold throughout America the legal protections afforded animals like dogs, guinea pigs, and primates. Despite the settlement terms, and several repeated promises made in public records in which USDA claimed that regulations for birds were on the verge of being published, the agency has failed to propose regulations of any kind.

“USDA’s indifference to the suffering of birds is confirmed by its lack of action,” said Sue Leary, President of ARDF, an affiliate of the American Anti-Vivisection Society (AAVS). “The agency has made broken promise after broken promise. When you consider the time frame of 15 years, that’s potentially millions of birds suffering needlessly.”

Without regulatory oversight provided by USDA, facilities, such as breeders for the pet trade and entities using birds in exhibition, do not need a USDA license to operate and are not subject to inspection, so there are no assurances animals receive appropriate standards of care and treatment. For example, living environments for most birds must be suited for flight animals, not just geared toward terrestrial animals currently under AWA protection.

“USDA has stated several times on the record that bird-specific regulatory standards are needed to adequately protect the well-being of birds, yet the issue seems to have completely fallen off USDA’s regulatory agenda,” said Bruce Wagman, an attorney representing ARDF. “USDA is blatantly skirting its mandate to uphold the law and protect animals. This is inexcusable.”