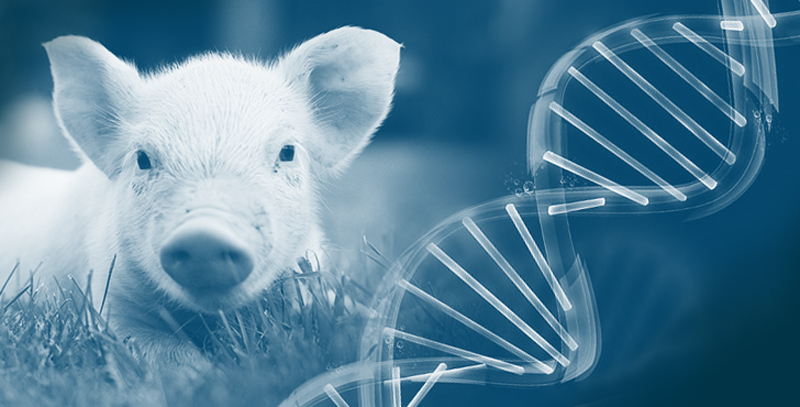 Your Action Makes a Difference

In an effort to prevent the U.S. Department of Agriculture (USDA) from taking away oversight authority from the Food & Drug Administration (FDA) and opening the door to an agriculture industry-friendly process for the approval of genetically engineered (GE) animals for food, AAVS urged our supporters to speak out on behalf of animals. We were overwhelmed by the number of you who dropped what you were doing and immediately took action to help animals—thank you!! Across the country, over 51,200 Americans submitted comments to the agency on its potential plans to regulate GE animals for food.

It’s important that you expressed your concern for animals on this issue, because the agriculture industry is a powerful special interest group that cares more about making profits than animal welfare. USDA, which promotes the agriculture industry, wants to grant blanket approval to agriculture’s misuse of technology to maximize profits, bringing even more cruelty to an impossibly cruel system of intensive animal food production. By removing barriers for the approval of GE animals used in food, scientific evaluation of the effects of gene editing on the animals themselves would likely be very limited.

In addition to submitting our own comments on this issue, AAVS has met with both USDA and FDA officials to express our great concern for the welfare of all the animals involved in the engineering process, from laboratory cages to supermarket shelves. AAVS also joined several other citizen groups, led by the Center for Food Safety, and signed a letter demanding that FDA retain its authority to regulate GE animals intended for food and not allow USDA to assume the oversight role.

A group of researchers in China and the U.S. have injected human stem cells into monkey embryos, creating the first monkey-human chimeras, alarming bioethicists. The hybrid embryos lived less than 19 days. Although the scientists claim their work will lead to more animal models to study disease and grow organs for transplantation, similar work is already being done using human cells and tissue. READ MORE »

In response to an undercover video documenting appalling treatment of animals at Vivotecnia, a testing lab in Spain, regional authorities are investigating and have suspended further animal testing at the facility. Officials indicated that the video shows serious animal welfare violations to both Spanish law and the EU Directive that outlines the care and treatment of animals used in labs in most of Europe. READ MORE » 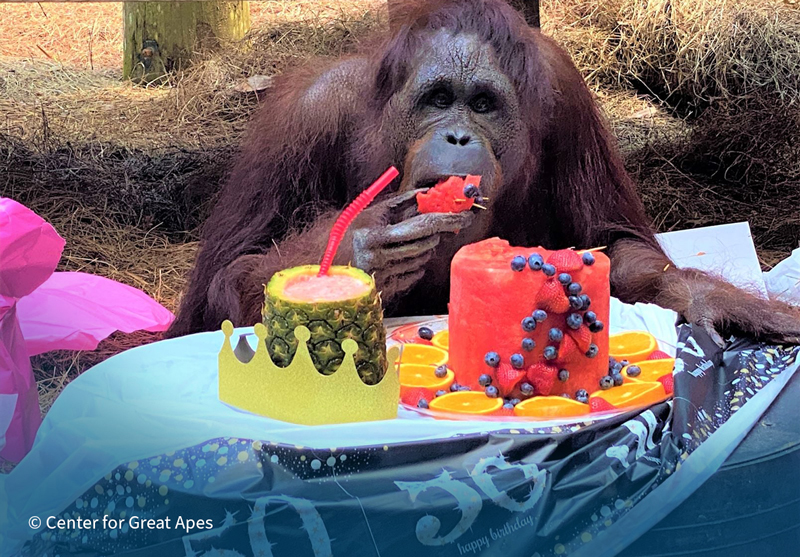 Popi, the second oldest Bornean orangutan in North America, celebrated her 50th birthday with a big celebration at the Center for Great Apes (CGA), a sanctuary located in Florida. Surrounded by pink decorations, a watermelon cake, and a pineapple smoothie, Popi’s special day was filled with fun and caretakers who love her. We couldn’t be happier for Popi, whose care is funded in part by AAVS through our Sanctuary Fund.

While she is a happy orangutan today, Popi’s start in life was difficult. She was born at the Yerkes Primate Research Center in Atlanta and later sold to a circus trainer who beat her. Arriving at CGA in January 2012, Popi was able to start a new life. Now she spends her days doing as she chooses, whether strolling through the trees in aerial trailways, taking an afternoon nap, playing with friends, or, like on her birthday, carefully opening her gifts one present at a time. Way to make the good times last, Popi! Happy Birthday!