Women and AAVS – a ‘her’story 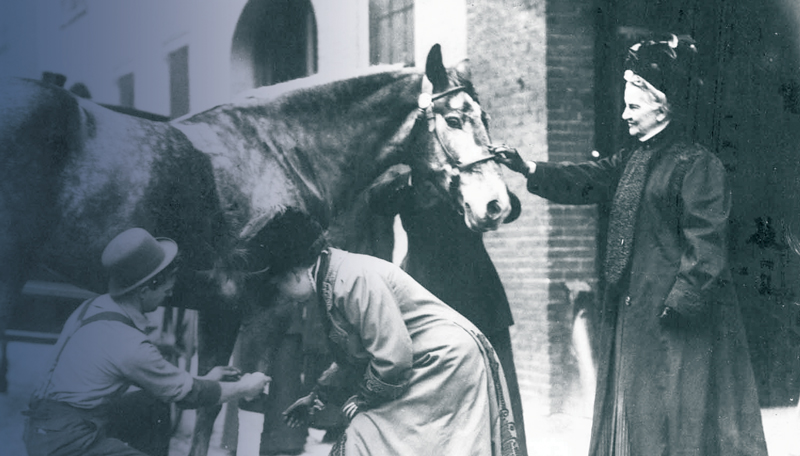 Did you know that AAVS was founded by a woman?

Caroline Earle White established AAVS in 1883 to prevent Philadelphia doctors from using stray and stolen dogs in their horrific experiments. We’re so proud of her work and the humble beginnings of our history that we wanted to honor her and, since today is International Women’s Day and March is Women’s History Month, there’s no better time to do it!

Here’s her story: Mrs. White and a group of dedicated women established the first open shelter in America, where homeless dogs and cats were safe from cruelty and could be adopted into loving homes. Experimenters demanded that dogs from the shelter be given to them for use in their laboratories. But, despite their intimidation, their demands were always denied. Mrs. White knew the horrible fate that awaited dogs who were used in experiments. She believed that a separate organization, dedicated solely to ending the use of animals in research, was needed in order to focus on the problem. And so began the American Anti-Vivisection Society.

Dedicating the majority of her life to the protection of animals, as well as other important social issues of the time, Mrs. White is a pioneer in the animal rights movement. Everyone at AAVS is proud to continue her legacy of advocating for animals and we hope you are, too!