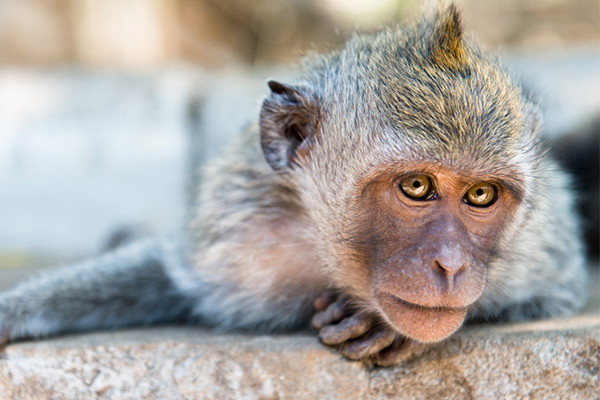 A bill that would ban people from owning pet monkeys, apes, and other primates has been introduced in Congress. If enacted, the Captive Primate Safety Act (H.R. 3135/S. 1588) would prohibit the import, export, sale, and transport of any nonhuman primate.

Although baby monkeys may look cute and cuddly, they soon grow strong and become more aggressive as they start acting on their natural, wild instincts. Owners will then often confine the primates to small cages and have their teeth pulled. A few lucky ones make it to a sanctuary, but these facilities are often also caring for primates who have been released from labs. This further strains valuable resources, making it more difficult for sanctuaries to provide refuge to animals formerly used in research.

AAVS believes that by supporting the Captive Primate Safety Act, we can help end the primate pet trade nationwide, which in turn will also help sanctuaries that require so many resources to care for animals in need.

Please contact your Representative and Senators and urge them to support legislation to ban the interstate trade of nonhuman primates. Tell them that monkeys and apes are inappropriate pets, and allowing them to be exploited as such poses a danger to their wellbeing and to the public.