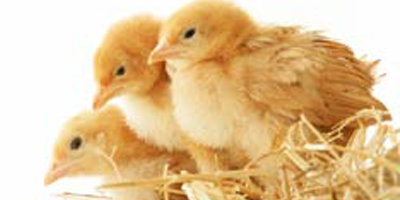 Although they are used in experiments in a variety of ways, unlike many other animals, like dogs, guinea pigs, and rabbits, there is little available data regarding the use of birds in U.S. laboratories, since birds bred for research are excluded from coverage under the Animal Welfare Act (AWA).

In the European Union (EU), however, birds in laboratories do have some legal protection, and regulatory policies there require the reporting of their numbers. The latest EU figures available show that birds were the third group of most commonly used animals in research after “rodents and rabbits” and cold-blooded animals (fish, reptiles, and amphibians) in 2011. Nearly 700,000 birds, which include quail, pigeons, parakeets, and finches, were used in research and testing that year.

In the U.S., we can learn a bit about research that is funded by the government (with our tax dollars) through the National Institutes of Health (NIH). For example, in 2010 NIH awarded nearly $160,000,000 to scientists using birds as part of their research studies. Many of these experiments focus on infectious disease and viruses, including influenza, as well as testing and developing vaccines. Birds are also often used in embryology and development studies, and in cancer and neurology related research.

Additionally, birds (usually chickens and turkeys) are used in research by the agriculture industry in an effort to produce animals who have more “meat” and grow faster and in a more cost effective manner. Animals can be given chemicals, or even be genetically engineered, to affect their growth rates.

Although most birds used in research are not covered by the AWA, it is important to note that some are. In 2000, the U.S. Department of Agriculture (USDA) entered into a settlement agreement with AAVS’s affiliate, the Alternatives Research & Development Foundation (ARDF), following a legal challenge seeking AWA protection for birds, rats, and mice. Although a 2002 Congressional action reversed much of the settlement, USDA did agree to regulate large-scale pet bird breeders and birds used in research, provided they were not bred for research. However, in spite of extensive public interest, over 15 years later, USDA has failed to publish any bird regulations, essentially leaving these animals with no protections and no legal status.