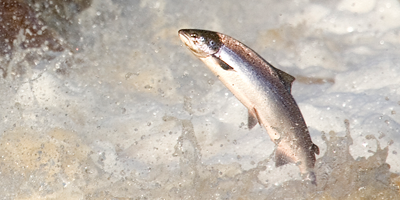 Since the early 1990s, fish have been increasingly used in biomedical research as models of human development and disease, in toxicity testing as subjects for measuring harmful effects of chemicals, and in aquaculture research to expand the farming of fish for food. It is not possible to determine the exact number of fish used in the U.S. because fish are not covered by the Animal Welfare Act. It is estimated, however, that roughly seven percent of all animals used in research are fish, meaning that some 3.5 -7 million fish are used annually in the U.S.

From the researcher’s point of view, fish provide simpler systems for the study of complex processes. Because fish are small, inexpensive, and relatively easy to house, they have become a ‘convenient’ test subject for many scientists. In addition, scientists are increasingly looking towards fish as an alternative to studies that more traditionally use mice and rats, thus, in theory, reducing animal costs by using a ‘phylogenetically lower species.’

The zebrafish, in particular, has become ‘the fish of choice’ for a variety of investigations. Since zebrafish embryos are transparent, develop outside of the mother, and grow rapidly (hatching in just three days), they are frequently used to study vertebrate development and physiology. Scientists are increasingly creating mutant zebrafish to identify genes that are essential for normal development.

While the use of fish is considered a refinement alternative to the use of mammals, the danger is, because fish are so small and cheap, and because we do not have a good intuitive sense of how they feel or suffer, we will consider them expendable, not value their lives, and use them in tremendous quantities. Indeed, as evidenced by the large-scale mutagenesis projects currently underway, this is already happening. Emphasis needs to be placed on the development of alternatives that completely replace the use of all animals.