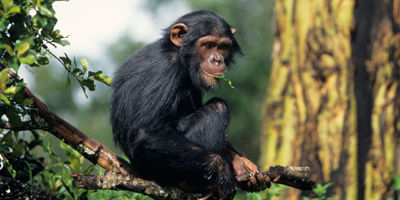 Chimpanzees are the only nonhuman, great ape species who have been used in biomedical research, often as models to study behavior and cognitive abilities, test vaccines, and develop treatments for hepatitis. An over-reliance on animal models has hampered translating this research to benefit humans. Chimpanzees cannot be considered a suitable model for statistically relevant investigations due, at the least, to the practical limits on sample size, their unique biological characteristics, and vulnerability to emotional and physical trauma.

However, their use in research has drastically declined in recent years, due in large part to a new policy adopted by the National Institutes of Health (NIH). In 2013, NIH announced that it would stop funding invasive research using chimpanzees and retire these animals to Chimp Haven, the federal chimpanzee sanctuary in Louisiana. At the time, NIH also said that it would maintain a reserve colony of 50 chimps for possible future use, if a perceived crisis arises.

In June 2015, FWS announced that captive chimpanzees will be listed as endangered, just as their wild cousins have been since 1990. Anyone owning chimpanzees must acquire a permit from the FWS in order to import, trade, or use them in ways that may cause harm, such as in research, and must show that the work will benefit chimp conservation. Shortly after this policy change at FWS, NIH announced that it was retiring the 50 ‘reserve’ chimpanzees, paving the way for them to also be relocated to Chimp Haven.

Learn more about chimpanzees used in research in the AV Magazine.