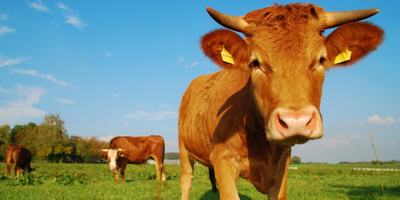 Humans have been using animals to produce food and fiber for thousands of years. Within the last few decades, however, increasing numbers of biomedical scientists are using domestic livestock as ‘models’ of human conditions. This has occurred, partly, because the use of animals such as cats, dogs, and primates is no longer widely supported by the general public.

Even more recently, an emphasis has been placed on the use of livestock for cloning and genetic engineering experiments, largely due to the fact that there is little oversight for such activities. In January 2008, the Food and Drug Administration (FDA) announced that products from cloned cows, pigs, and goats can be sold as food without labels, and the FDA is in the process of approving drugs produced in the milk of transgenic animals for human use.

Animals used in agriculture-related research have no effective protection under existing animals welfare laws. In contrast, domestic livestock (excluding chickens or birds bred for research) who are used as ‘human models’ in biomedical research and testing are covered by the Animal Welfare Act. They are, however, routinely subjected to a wide variety of experimental manipulations, including induced diseases, injuries, and behavioral pathologies.

More than 57,000 pigs were used in research in 2006. The number of pigs used in regulated research activities has been declining over the years, but a significant percentage of pigs continue to be used in experiments that cause pain and/or distress. Nearly two-thirds, or 66 percent, of pigs used in 2006 were involved in such experiments.

Due to the pig’s large adult size, a variety of mini- and micro-pigs, who consume fewer resources and require less space, have been ‘created’ by laboratories through genetic manipulation and selective breeding.

Cows are used in projects on narcolepsy, reproductive physiology, and safety testing of recombinant vaccines. They are also used in infectious disease research, and in experiments related to cartilage damage. Cattle, particularly calves, continue to be used in heart experiments as well, even though the results do not translate reliably to humans.

Over 3,700 sheep were used in research in 2006, with 72% experiencing pain and distress. Sheep, particularly females (ewes), are preferred because they are relatively easy to house, they are docile, and their larger bodies allow for ease in performing multiple experimental procedures on them. Sheep are considered the animal of choice for pregnancy-related research, and are also used to study multiple sclerosis, medical device implants, burn injury, and smoke inhalation.

Goats are not widely used in biomedical research in the U.S. They are, however, frequently used to produce polyclonal antibodies, which are widely used for a variety of research and diagnostic purposes. Goats are also used to study cartilage repair, respiratory physiology, medical diagnostic procedures, gene therapy, and the effects of anesthesia on brain activity. In addition, goats are increasingly subjected to genetic modifications to produce human drugs in their milk, blood, or urine (a process known as pharming).