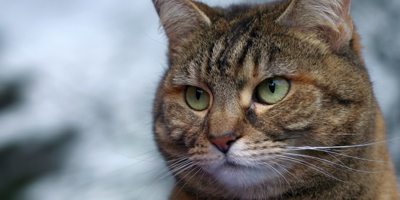 For those of us who share our homes with cats, it is hard to imagine them used as lab tools. Yet 24,564 cats were held in U.S. laboratories in 2012, and 9,272 of these were used in experiments that caused them pain and distress. Over the past several yeas, the number of cats used in research has fluctuated between 20,000 and 25,000. Like dogs, the majority of cats used in research are purchased from facilities that bred them specifically for use in research. In October 2012, the National Institutes of Health (NIH), the U.S. agency responsible for biomedical and health research, stopped funding experiments using cats from random source Class B dealers. The practice ended for dogs in October, 2014.

Cats are frequently used in neurology research to study spinal cord injury, as well as problems related to vision, sleep, and hearing, and continued to be used because so much is known about their neurological functions. This type of research is extremely invasive, and almost always results in the euthanasia of the cats after they are subjected to grueling vivisection procedures. They can also used to study Parkinson’s disease, cancer, genetic disorders, and other human conditions and ailments

Additionally, cats are used in HIV/AIDS research due to a pair of AIDS-like feline viral diseases: feline leukemia virus (FeLV) and feline immunodeficiency virus (FIV). However, there are numerous important differences between the feline and human diseases, making cats a problematic and unsuitable model for HIV/AIDS research.

The primary reason cats are used in research has much to do with logistical and practical reasons. They are easy to handle, house, and subject to experimental manipulations, especially when compared to primates, the other species of choice for HIV/AIDS research.