Home > Animals in Science > Which Animals are Used > Mice and Rats 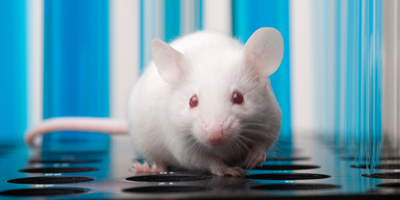 As a result, it is impossible to know how many mice and rats are used each year for research in the U.S., for what purposes, and the pain and/or distress experienced by these animals, because this data is not gathered or reported by the USDA. It is estimated, however, that roughly 93 percent of the animals used in U.S. laboratories are mice and rats.

Mice and rats are used in virtually every area of research, and the number of mice and rats used continues to grow with the field of genetic engineering. Sequencing of the mouse (mus musculus) genome was completed and published in 2002, and since then, scientists have been engaging in every possible genetic manipulation of these animals. A researcher, following the prevailing ‘what if we tried this’ attitude, can custom-order any mutant or genetically engineered strain of mouse desired from any of a number of suppliers. Thousands of animals’ lives are wasted to ‘create’ each strain, and suffering is often inherent in the mutations and genetic abnormalities before the experiments even begin.

Mice and rats are housed in shoebox-sized plastic containers that slide into vertical racks so that something that is not much bigger than a bookcase can house hundreds of mice. Without even the minimal protections afforded by the Animal Welfare Act, researchers can use mice and rats without considering alternatives to their use or minimizing pain and distress.