The fate of 3,000 beagles, FDA’s use of alternatives, and horsing around 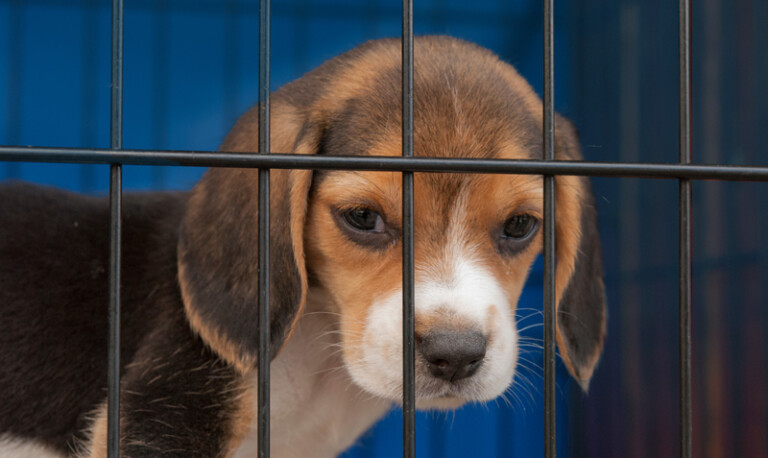 After being cited for violating the Animal Welfare Act (AWA) 73 times since July 2021, a Virginia facility operated by Envigo, which breeds beagles to sell for use in research, is closing its doors. The situation there is so grave that the U.S. Department of Justice (DOJ) seized 446 beagles who its veterinarians found to be “in acute distress,” and filed a lawsuit against Envigo for violating the AWA, the first of its kind against a research breeder.

The DOJ also filed a restraining order against the breeder, outlining the dire conditions that dogs and puppies have been forced to endure, and stating that “Envigo has been operating and continues to operate in a manner that flagrantly disregards numerous health protocols, placing the health of animals in serious danger and risk of death.” The court agreed, ordering Envigo to “immediately cease breeding, selling, or otherwise dealing in beagles…until in full compliance with this order.”

Reportedly, 3,000 beagles remain at Envigo and their fate is unclear. Envigo’s parent company, Inotiv, which faces allegations of animal welfare violations concerning dogs at another facility, wants to retain ownership of the beagles, but DOJ lawyers have indicated they would support the adoption of dogs into loving homes.

Congress is moving forward with the Prescription Drug User Fee Act (PDUFA), essential and non-controversial legislation that must be passed every five years to ensure significant revenue for the FDA. To help end the FDA’s reliance on animal tests, sponsors were able to include a brief amendment, in both House and Senate versions of this bill, on FDA accepting test results from alternative, non-animal methods. It is uncertain how the law’s corresponding regulations will be affected without more explicit language, so some advocates are urging corrective text in the final version.
READ MORE »

AAVS affiliate, the Alternatives Research & Development Foundation (ARDF) was proud to be a sponsor of the MPS World Summit, held May 30 – June 3. Microphysiological Systems (MPS) are research tools made of human tissue and are designed to mimic an organ. They’ve shown great potential to replace animal use in drug testing and in basic biomedical research. AAVS and ARDF President Sue Leary attended the Summit and past ARDF grantees presented their research.
READ MORE »

We asked you to take action to help birds and we were overwhelmed by how many of you took the time to do so. Thank you so much! The USDA received over 19,000 comments on its proposed regulations to protect birds and, by far, the majority of these agreed with the legal, scientific, and ethical arguments made by AAVS and our co-plantiff, the Avian Welfare Coalition. The USDA will publish its final regulations by February 2023. 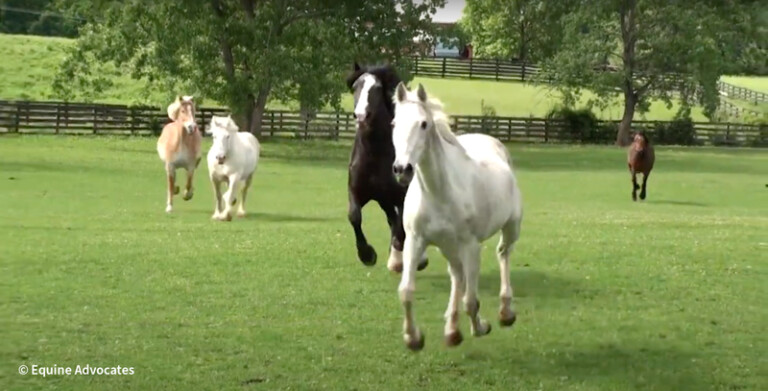 Turning Out and Horsing Around

Our friends at Equine Advocates shared a fun video of its recent big turnout day, when they opened the gates of several connecting pastures, making one big area where 18 horses got to run and mingle. Don’t miss the fun! You’ll see some of the sanctuary’s rescued thoroughbreds and work horses. If you look closely, you’ll also notice a few mares who have numbers freeze-branded on their backs, a telltale sign that they were once used in the PMU (Pregnant Mares’ Urine) industry, which makes hormone replacement drugs.

Located in New York state, Equine Advocates provides sanctuary for 80 horses, donkeys, mules, and other animals, including several who were once exploited at PMU farms where they were continually impregnated to ensure their urine was concentrated with estrogens and confined in small stalls attached to tubing to collect their urine. Now these horses have comfortable stalls where they can lay down and, as you can see, plenty of room to run!

Equine Advocates does a great job sharing videos and photos of its residents on its social media, and they recently announced the launch of their Facebook Live at Lunchtime, which will take place every Wednesday at 1 pm, EST. You’ll get an inside look at sanctuary life, a chance to ask questions, and meet the residents. The “Lives” will remain on their Facebook page so no need to worry if you miss an episode. Be sure to check it out!

WATCH THE VIDEO
to top